“So You’ve Been Told You Need Executive Coaching!” Now What? 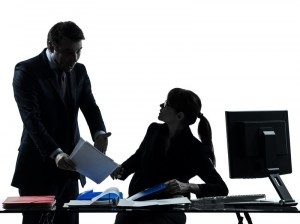 “I think it’s time for you to consider getting an executive coach.” Why executive coaching? What’s wrong with my management style, you may be thinking to yourself.

Hearing these words from a colleague, friend or senior executive in your business can feel like having the floor drop from beneath your feet. Your confidence might be shaken, and you certainly might question your superior’s faith in you. Resistance and anger are normal reactions, but they’re not very productive.

If someone has suggested that you need coaching, accept that you’ve reached a point where you’re ready for growth. You may even thank that person for their observation! Executive coaching is a chance to understand your motivation and what opportunities lay before you. It is an opening where you can develop your insights and remove any barriers to your success. Your company may benefit; nevertheless, the real winner is you!

It’s not surprising why executive coaching engagements that begin with third-party referrals can sometimes be challenging in the beginning. A designated coachee may bring feelings of resentment, hostility and self-consciousness to the table. Once these types of feelings are handled, real productive coaching conversations can begin.

One of my clients was sent to me for coaching because the chairman and the vice president in her organization suggested that she had a communication problem. My client didn’t think that she needed coaching and wasn’t happy to hear that other people did.

In the early weeks of working with this client, her brilliance was evident. So, what was the reason why executive coaching was recommended? Although she was quite thoughtful and thorough with problem-solving issues, her communication style could be described as “terse.” As a woman of few words, coworkers and direct reports didn’t know how to take her directives and were frequently frustrated by the interaction and delivery style, which clearly inhibited their ability to understand and support her objectives.

My client and I spent considerable time dissecting situations where misunderstandings were evident, and then crafted fresh responses for future use. We painstakingly reviewed conversations (e.g., who said what, what the reactions were and how outcomes differed from intentions). Her commitment to the coaching process shifted her self-esteem, which led to achievement of some significant goals—some of which were considered impossible when we first met. She has since moved on to become president and chief executive officer, filling roles in which communication and understanding are crucial.

Here is a question I frequently ask in an attempt to break through resistance: “Would changing your current situation be valuable to you? Not to the vice president, the chairman or the president, but to you?”

So often, mandated executive coaching begins with someone else’s interpretation of your shortcomings or challenges, often referred to as “areas needing improvement.” It is important to grasp that when you hear, “You need an executive coach,” your superior is stating an opinion and not necessarily the truth. Nonetheless, it is the job of the client—and of the coach—to uncover the truth and work towards finding improvement and new ways of approaching leadership conversations. This is why executive coaching can often surprise coachees with benefits they never could not foresee and why they hire a coach on a permanent basis. It becomes an invaluable relationship.

If you are willing to face that truth, be open to new ideas and be willing and able to do the necessary work, then executive coaching will deliver results. See how these executives lives were changed by coaching.

See what business owners and executives are saying about Michael.

Michael Whatmore improves Communications for Leaders, he teaches Executives and their Teams Strategies to Accelerate Growth. To learn more about his unique style of Executive Coaching. Get in touch now!