How Negative Self Talk Can Impact Your Performance and Goals 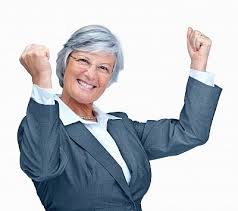 We may not even realize that we are doing it but negative self talk can have unintended consequences.

Recently I led a seminar and a business colleague was nursing a swollen hand. I thought it strange because the last time we saw each other, she was suffering from a different injury, an accidental fall. When I asked about her hand, she replied, “Oh I guess I’m just accident prone.”

What popped to my mind was how potentially damaging that type of “self-talk” can be on our psyche. Thinking she might be unaware of how influential negative self-talk is, I suggested she re-state her comment in a way that shifts the paradigm, to one restating “I’m not accident prone” “that would be out of character for me.”

Sure accidents happen, even to the most positive thinking person. But it’s amazing how powerful and diminishing our inner critic can be. You know (that little robot in the back of your head — the one in charge of self-talk). Left unchecked, it can virtually takeover who you are, and the way you think even to the extent of affecting performance and meeting personal goals.

Dr. Dennis Waitley is one of America’s most respected authors and keynote speakers. This presentation on the subject of high performance and human achievement affected my life. He cautioned us on the destructive imprint that negative self-talk can leave in our consciousness.

Waitley studied and coached winners of all types, including Apollo astronauts, Super Bowl champions and Government leaders. He suggests we use a replay technique that overrides and replaces negative self-talk with a more positive version of our intentions. For example, if a professional golfer such as Tiger Woods hits a poor tee shot or misses a putt, Waitley advocates that before Woods leaves the tee or green, he re-play it in his mind and visualize himself making the perfect shot. This visualization technique leaves a positive imprint within our minds and replaces what just went awry with our original intentions.

Given my recall of Dr. Waitley’s recommended tweak, I suggested my business colleague follow a similar track and advised her to replace her internal accident prone self-talk by stating; “Stop thinking this way, being accident prone is out of character for me and that is not at all who I am at all.”

It may surprise you to know that many cognitive theorists have emphasized a strong link between what people say to themselves and their behavior. Studies suggest that this inner dialogue can affect a person’s emotional and behavioral outcomes, bringing on anxiety and negative thoughts during a presentation, completing a project or a performance.

For example, there’s an interesting article in Psychology Today: “Imagination Can Change Perceptions of Reality” that discusses the power of positive thinking and how your mind can create reality at a neuronal level.

So the next time you catch that little robot thinking or saying something that is potentially detrimental, take a moment to stop that negative self-talk in its tracks and replace it with a positive affirmation or re-statement of what you really want to have happen. It’s a simple way to set-up a more optimistic outcome and will help to maximize your performance so you can achieve those lofty goals!

Change at work can be daunting—both for the employees who must adjust and for a leader who wants to effect ...
Read More

The ability to lead organizational change management with the full support of your team is one of the most critical ...
Read More