Executive Communication Skills and The #1 Word Leaders Should Avoid 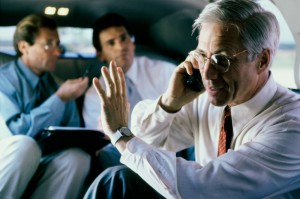 In Game 4 of the 1957 World Series, New York Yankees great Elston Howard faced the best southpaw pitcher in Major League Baseball’s history: the Milwaukee Braves’ Warren Spahn. During a time-out, with the bases loaded, two outs and two men on, Spahn’s manager approached the pitcher’s mound and said, “Don’t give him a high outside pitch. He’ll knock it out of the park.”

With that bit of advice, Spahn—with his trademark leg kick— wound up and threw a high outside pitch. Howard did indeed knock it out of the park, bringing three runs home. The Braves lost the game, ultimately overcame the error, and took the series. Despite winning, Warren Spahn always wondered and later stated: “Why would anyone ever try to motivate anyone else [me] with the reverse of what they want?”

The Psychology of “Don’t”

When we’re told not to do something (e.g., “Don’t interact with the client in this particular way,” “Don’t wear jeans to work,” or “Don’t say ‘X’ in your pitch because the boss will never go for it”), we often find that we want to do just that.

Our whiney inner toddler surfaces when we wear our jeans to work on Casual Friday, and then asserting our own causal days by wearing them again Monday, Tuesday, Wednesday, and Thursday, Psychologists call this “psychological reactance.”

Jack Brehm, a pioneer in reactance theory, writes that:

In other words, when we hear “don’t” do something, we want to do it almost uncontrollably. Rather than discouraging the particular behavior, our inner instructor — or what I often refer to as “that little robot in the back of my head” — unintentionally reinforces our desire to perform it.

In an early study on this subject, college students were shown an ad for a novel. For half of the group, the ad included the phrase, “a book for adults only, restricted to those 21 and over”; for the other half, that phrase was excluded. Members of the former group were more interested in the book and believed they would enjoy it more than those in the latter group.

“Don’t” makes us want to taste the forbidden fruit, however harmful that fruit may be.

A Word for Leaders to Avoid

As leaders, our words carry tremendous weight, and sometimes that weight works against us. When we say, “Don’t do this” or “Don’t do that,” we give those prohibited or undesirable actions even greater power simply by telling our teams not to consider them. By enhancing your executive communication skills, you can amplify your effectiveness many times.

Rather than emphasizing negative outcomes to avoid, it is best for a leader to focus on highlighting the positive things we want our people to achieve. If we truly wish to motivate our teams, how would telling them the reverse of what we want result in the team producing the behaviors that we really want to see happen?

In Meetings, Start Leading by Example

When facilitating meetings, always show strong leadership; for example, I like to start meetings by having participants agree to an oral contract about how we will function as a group. This agreement reinforces the objectives for the meeting and the expectation that people will be respectful, will listen, and enter with a willingness to learn and discover. This tactic alone significantly shifts the paradigm of your meetings.

It is much more effective to state, “We agree to respect others and their opinions” rather than “Don’t interrupt,” “Don’t yell,” “Don’t talk over people or dominate the conversation,” “Don’t belittle,” or “Don’t roll your eyes when someone voices an idea with which you do not agree.”

We could hang out here awhile, listing many of these “don’ts,” or we can get down to business and move our mission forward with what we “do” want to have happen.  When we want something to happen —whether it’s setting up enrollment in a change initiative or selling an idea about a product or service — speaking at a level that focuses on what we want to happen is a prerequisite. Unless there are egregious behaviors that need to be addressed, “don’t” as a motivator is about as useful in the workplace as it was for Warren Spahn on the baseball diamond.

Change at work can be daunting—both for the employees who must adjust and for a leader who wants to effect ...
Read More

The ability to lead organizational change management with the full support of your team is one of the most critical ...
Read More