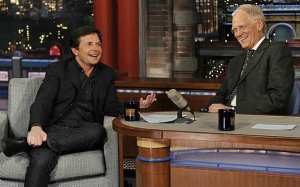 What drives the rich and famous? To get an in depth understanding of any celebrity we would need to read their biography or an in depth interview. However, disc personality traits can tell us a lot.

“If it wasn’t for the coffee, I’d have no identifiable personality whatsoever.”

Perhaps it is the caffeine, then, that fuels Letterman’s focus on results; his direct approach to his work; and his decisive, strong-willed demeanor! Far from having no “identifiable personality,” he presents as a strong High-D personality. If they’re willing to stay up late, viewers can see how this shapes his show and his interactions.

For other leaders, understanding how their own distinct DiSC personalities, behaviors, and communication styles affect those with whom they work is critical in achieving optimal results. Let’s explore some other real-life examples of disc personality traits that play a role in every workplace.

Celebrities and DiSC: Personalities of the Rich and the Famous

DiSC is an assessment tool with which folks can garner invaluable insights into their personality, behaviors, communication styles, and strengths. There is no “best” style nor is there a “worst.” Likewise, even as the tool indicates areas in which an individual might lack, it is from a perspective of identifying ways he can either overcome “weaknesses” or even use them to his advantage.

Here are some famous folks who appear to fall into these categories:

It is interesting—and informative—to see how these disc personality traits manifest in these celebrities. For instance, there are tremendous differences between the personality and leadership styles of Bill Clinton and Hillary Clinton. The former president is an influencer. He is well known for his social nature, his gift for gab, and his need to be the life of the party.

Error: View quot82eb4f6notquot may not exist