Curiosity vs. Judgment: Interpersonal Communication Training on How to Provide Critical Feedback That Won’t Shut People Down 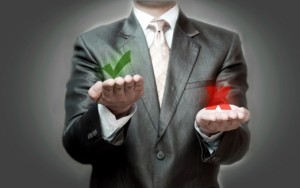 Interpersonal communication training can make all the difference to yielding an inspiring, motivated and creative team atmosphere and avoid a reactive, dissatisfied and problem based team.

What’s different about these two statements?

The difference is very subtle, just a matter of tone, of facial expression, perhaps, and certainly of intent.

While both of these statements represent a form of critical feedback, the difference between them is profound. Judgment destroys relationships; curiosity builds them. This is why interpersonal communication training and feedback is so important.

In meetings, it’s common for someone to speak up with an idea, and then a coworker across the room pipes up with a comment such as, “That’ll never work. That’s ridiculous. This could go wrong. That could go wrong. It’s just never going to happen.” Perhaps they have a patronizing response: “That’s too much for you to take on.”

The person who put the idea on the table is effectively shut down; in fact, one has to be strong and determined to get past what I call “noise.”

Judgment comes from naysayers. It can cripple an opportunity simply because a self-appointed judge is willing to put someone else down.

As Dr. Tony Hacker points out, “We make judgments when we think we already know all we need to know.” The naysayer has all the information he needs (or thinks he needs). Why try to expand on the idea of a colleague (or anyone else) when he can just shoot it down? This, of course, negates future learning opportunities as well as those chances to foster positive relationships.

Curiosity builds relationships, allowing ideas to flourish (or at least live to see the light of day!). Using the above example, what if the second coworker had said, “Tell me more about that idea” or “How might your idea work?”

The second coworker might not necessarily think that the idea will work, but he wants to know more and flesh it out. When someone is curious, he wants to see the other person’s idea win. Why not? If the idea wins, the team wins. Instead of tearing down the idea and the person, he wants to build them up.

Think critically about the people on your team. Are they building up or tearing down each other? As a manager, good interpersonal communication training can help you influence and shape this behavior with positive outcomes?

Build a Culture of Curiosity

Walt Disney once said, “We keep moving forward, opening new doors, and doing new things, because we’re curious and curiosity keeps leading us down new paths.” Those same pathways to innovation and excellence can be just as easily blocked by judgment—if teams and their leaders allow it.

It is critical to keep that philosophy in perspective because it’s easy for people to judge what they are hearing instead of add value to it. Leaders need to observe the communication on their team, and individuals have to be aware of the type of feedback—judgmental or curious—that they offer their teammates. The difference can make or break an organization.

The impact of interpersonal communication training on your business culture can be the difference between fostering a productive generative atmosphere or a stale and reactive culture!

What culture do you want in your organization?

Error: View quot5e69c57a6rquot may not exist