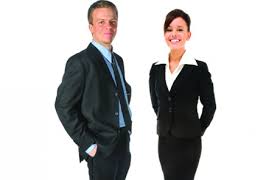 We have all heard the expression “Dress for Success”! As a leadership coach, I follow the study of psychology and human behavior quite closely, so I was fascinated to hear about “enclothed cognition”, the study of how our clothing can influence our psychological processes.

It’s no surprise that what we wear puts us in a certain mood or frame of mind. We’ve all felt powerful, intelligent and sexy depending on the clothing we wear.

But, imagine if our clothing could help us be more productive?

Studies conducted at Northwestern University have shown that clothing choices can influence our level of performance. And, given their findings, it’s possible to select daily outfits based on the tasks and performance required.

Cognitive psychologists Hajo Adam and Adam Galinksy from Northwestern University have coined the term, enclothed cognition, to describe the psychological and performance-related effects that specific articles of clothing have on the person wearing them.

They determined that there are two factors which affect influence: the symbolic meaning of the clothes and the physical experience of wearing them.

The study, conducted by the Kellogg School of Management at Northwestern University, gave one group of participants white doctors’ coats, and then asked them to perform a psychological test. Another group was given identical coats but were told that they were “painters’ coats.” The first group performed much better, was more attentive, and made half as many errors. (source: http://positivepsychologynews.com/news/emily-vansonnenberg/2012052122126)

Researcher Adam Galinsky says, “It’s the simultaneous combination of the posture or the clothes and the symbolic meaning of them that matters.” For example, we often think of doctors as intelligent and scientific thinkers, whereas artistic painters are generally thought to be creative and free-spirited. So, while the coat—or professional attire—doesn’t make the man (or woman), it could help you perform – and consequently lead – more effectively. The popular phrase: “Dress for Success” now has a new scientific basis to underscore its import.

How can you take advantage of Enclothed Cognition?

First, determine the symbolic meaning behind the articles of clothing in your closet. Does your Oxford tailored suit remind you of a professor? Does your fedora or bowler hat remind you of a smart banker with an aptitude for numbers and finances? Can you associate your favorite pair of 4-inch heals to a powerful woman on Wall Street?

Next, try the power on for size. Why not mindfully test out the symbolic meanings you’ve discovered and see if your performance is enhanced by what you wear.